Fed by the Word

Click below to view and download some guidelines for small groups and the Gospel text for Sunday 3rd may.

Our scripture is one of the ‘I am’ discourses from John’s gospel, in which Jesus reveals himself as God. He opens with a familiar illustration, knowing that everyone listening would have some understanding.

A shepherd would herd his sheep into a low walled enclosure of piled rocks with a small opening. At night, since there was no gate, the shepherd would lie across the opening to keep the sheep in and the wild animals out – he would literally become the door.

Jesus is warning us of false shepherds, saying he alone is the Gate which gives access to the Father and to the abundant life He promises, if we follow Him.

‘I tell you most solemnly, anyone who does not enter the sheepfold through the gate, but gets in some other way is a thief and a brigand. The one who enters through the gate is the shepherd of the flock; the gatekeeper lets him in, the sheep hear his voice, one by one he calls his own sheep and leads them out. When he has brought out his flock, he goes ahead of them, and the sheep follow because they know his voice. They never follow a stranger but run away from him: they do not recognise the voice of strangers.’

Jesus told them this parable but they failed to understand what he meant by telling it to them.  So Jesus spoke to them again:  ‘I tell you most solemnly,

I am the gate of the sheepfold.
All others who have come are thieves and brigands;
but the sheep took no notice of them. I am the gate.
Anyone who enters through me will be safe:
he will go freely in and out and be sure of finding pasture.
The thief comes only to steal and kill and destroy.
I have come so that they may have life and have it to the full.’

1 Jesus said: “Amen, amen, I say to you, whoever does not enter a sheepfold through the gate but climbs over elsewhere is a thief and a robber.

2 But whoever enters through the gate is the shepherd of the sheep.

3 The gatekeeper opens it for him, and the sheep hear his voice, as the shepherd calls his own sheep by name and leads them out.

4 When he has driven out all his own, he walks ahead of them, and the sheep follow him, because they recognize his voice.

5 But they will not follow a stranger; they will run away from him, because they do not recognize the voice of strangers.”

6 Although Jesus used this figure of speech, the Pharisees did not realize what he was trying to tell them.

8 All who came before me are thieves and robbers, but the sheep did not listen to them.

9 I am the gate. Whoever enters through me will be saved and will come in and go out and find pasture.

10 A thief comes only to steal and slaughter and destroy; I came so that they might have life and have it more abundantly.”

What does this passage tell you about God?

What does it tell you about you?

What is God asking of you? Is He calling you to act?

Our Sunday Livestream can be viewed here

In these challenging times, Falkirk Council Employment & Training Unit (ETU) understands that many people will have lost their jobs during this period and this may lead to many additional pressures including financial and health. If any of your congregation  or parishioners would welcome additional support offered by ETU, they can contact us:

ETU continues to offer a service to those local residents who are currently out of work and seeking. As a team, we are set up to offer both telephone and online support, providing assistance with:

In addition, ETU can help with ongoing training needs, as well as providing information around other services that may be useful at this time. We have excellent links with partners and services across the council area offering a range of online and telephone help and support. 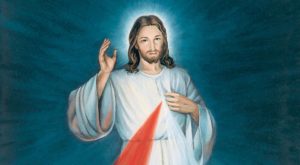 On Sunday 19th April (Divine Mercy Sunday) there will be Exposition of The Blessed Sacrament  and the Divine Mercy Chaplet.  Live at 3:00 pm

Francis Xavier is inviting you to a scheduled Zoom meeting.

Zoom is the leader in modern enterprise video communications, with an easy, reliable cloud platform for video and audio conferencing, chat, and webinars across mobile, desktop, and room systems. Zoom Rooms is the original software-based conference room solution used around the world in board, conference, huddle, and training rooms, as well as executive offices and classrooms. Founded in 2011, Zoom helps businesses and organizations bring their teams together in a frictionless environment to get more done.

Update from The Archbishop

As you will know, the Prime Minister yesterday instructed all people to stay at home (except in exceptional circumstances) and to avoid all gatherings of more than two people.  As a result of this announcement, and following instructions from the Scottish Government, the Bishops’ Conference reluctantly mandated the closure of all our churches across the country (see attachment 1).

The Bishops encourage all priests to continue to celebrate daily Mass privately, and to keep in touch with their parishioners through the means of modern technology.  I attach a document that helps explain how it is possible to harness the internet to transmit Mass to your people and to stay in touch with them in prayer and spiritual solidarity (attachment 2).  Please let your parishioners know that you will be celebrating Mass for them, even if they cannot be present.  I also attach some thinking you may wish to reflect upon and share with them on eucharistic fasting and spiritual communion (attachments 3 and 4).

Unfortunately, social distancing means that we ought not to distribute the Sacraments except at an inconvenient distance, which means that Holy Communion may now be given to people only in danger of death.

If you are communicating with your people online, please also remind them that, although we cannot go to Mass on Sunday at the moment, we are nevertheless obliged, as Christians, to keep the Sabbath holy. Please, therefore, encourage them to pray at home together and to assist at Mass online if they can.

Sunday Mass is now available in English, Polish and Syro-Malabar, each Sunday, from various places in the diocese.  I am very grateful to all those of you who have successfully reached out to your people in this way.

The situation regarding Holy Week has now changed dramatically.  In line with the recent decree of the Congregation for Divine Worship and the Discipline of the Sacraments (attachment 5), I have reluctantly decided to postpone this year’s Chrism Mass indefinitely.   The Rites of Christian Initiation that were due to take place at the Easter Vigil must unfortunately also be postponed. If things have returned to normal by then, I propose that these Rites might be held at Pentecost, however we will have to see how things develop before this can be confirmed.

With a view to your private celebration and its eventual broadcast online, I also hope to send you, by next week, a much-abbreviated form of the other Holy Week liturgies, in keeping with the spirit of the liturgy and the present constraints.

Use the Emergency Rites to consecrate Oil of the Sick as required: a helpful version of the Rites in cases of danger of death is also attached (attachment 6).

Visiting the Sick and Elderly, and taking Holy Communion to them

Due to the new regulations announced yesterday, neither you nor your Eucharistic Ministers may now visit the Sick.  The only call that you may respond to is to someone in danger of death.

The Anointing of the Sick & Viaticum

Anointing of the Sick and Viaticum should only be carried out in danger of death.  If you do anoint someone, let me suggest that you follow the advice from NHS Lothian (attachment 7).  If you are over 70, or have underlying conditions, do not expose yourself to risk. Those who do anoint those in danger of death must observe all the Government’s hygiene precautions strictly.

Anointing may be applied (e.g. on the back of the hands) using a piece of cotton wool, to be used once and then disposed of properly.  In hospital you will be required to put on a disposable gown, mask, and gloves.

Baptisms and Marriages have been suspended by the State.  Funerals now consist solely in a short ceremony either at the graveside or the crematorium, attended by only the immediate family members: how many people will depend on the State, and perhaps the Funeral Directors.  No matter how many people come, social distancing must be observed.  Please choose Rites from the books that will make the moment significant but brief.  Offer also to celebrate a Requiem Mass on the day itself for the deceased, although you must do so until further notice without the presence of the people.

The Gillis Centre is now closed. The Curial staff are all working from home, but can be contacted on their usual telephone numbers or by email.

I am grateful to those of you who took the time to make some suggestions in the consultation. I have taken note of all the views expressed.

Please join the Holy Father as he prays tomorrow with all Christians throughout the world at 11:00, and for his special Urbi et Orbi blessing on Friday at 17:00.

There is also a letter from the Scottish Catholic Observer for your attention (attachments 8 and 9).

I would also ask you to encourage everyone to pray the Memorare once a day to Our Lady, Health of the Sick.

Please keep me in your prayers at this time and be sure of my prayers for each one of you.

A happy Feast of the Annunciation to you,